Thanksgiving, brought to you by New Hampshire

Thanksgiving is a very appropriate holiday to have, given the times we are in. People are so quick these days to assume malicious intent, when more often we are just misunderstanding each other. It was thought that a reflective day of giving thanks would be a calming, unifying day after the Civil War. It was a New Hampshire citizen who pushed for the Thanksgiving holiday. 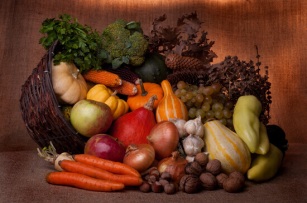 So today, give thanks, give someone the benefit of the doubt, and maybe mend a fence.

Steven Smith is a member of the New Hampshire House of Representatives, serving his 6th term. Rep. Smith currently represents Acworth, Charlestown, Goshen, Langdon, Lempster, and Washington. Rep. Smith is the Deputy Speaker of the NH House.
View all posts by Rep. Steven Smith →
This entry was posted in Uncategorized. Bookmark the permalink.