As dirty as you can get

Recently. some mailers went out which are a great case study in how Washington DC types lie to you. It is really shameful that some think that this is how local elections should be conducted. Here is the mailer: 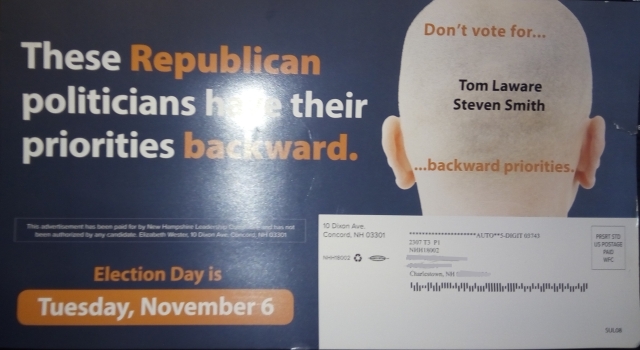 The mailer allegedly comes from The New Hampshire Leadership Committee and the only address given is 10 Dixon Ave., Concord, NH. The name on it is Elizabeth Wester. There are some problems with this. First, 10 Dixon Ave is an office building. LCHIP has offices there. No suite is given, and no committee by this name is a tenant there that I can find.  Second, this is not the address on file for this committee.

So, despite the innocuous local name, this is really Washington DC getting involved in your local elections. They didn’t even use local money. Here are their receipts: 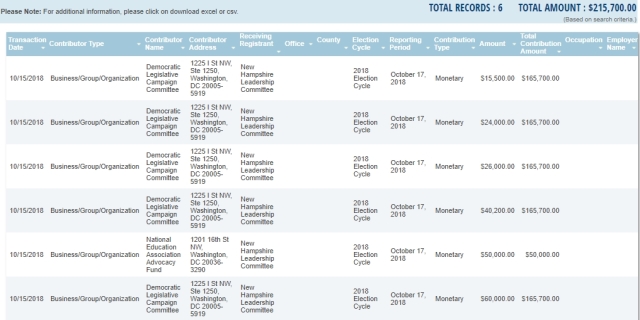 Interestingly, it looks like a lot of the money was donated from the same address it was received by… a classic political money shell game. Here are their expenditures:

It appears they used Washington DC money to pay a Massachusetts company to get involved in your local elections. Is that how anyone thinks this should work? So, who is behind this elaborate shell game. I looked up the only name we have and found this: 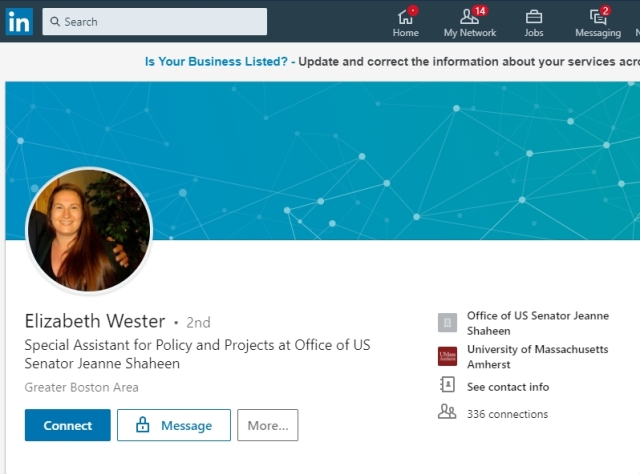 I disagree with Senator Shaheen often, but did respect her and never thought she lied to me. I can not believe that she would approve of her employee using DC money to lie to you and hide behind misleading names and addresses. The mailer addresses federal policy and is an obvious scare tactic. The thing is, I am a State Representative. I don’t vote for social security policy, or federal health care regulations. This is the second dirtiest thing I’ve seen in local elections. Ask Senator Shaheen if she approves of this.

I’ll be sending all of this to the Attorney General. If it isn’t illegal, it should be. There are rules whose purpose is to ensure that you know who is spending money on political ads and attacks. You deserve better than this web of subterfuge.

Steven Smith is a member of the New Hampshire House of Representatives, serving his fifth term. Rep. Smith currently represents Acworth, Charlestown, Goshen, Langdon, Lempster, and Washington. Rep. Smith is the Chairman of the Sullivan County Delegation.
View all posts by Rep. Steven Smith →
This entry was posted in Uncategorized. Bookmark the permalink.